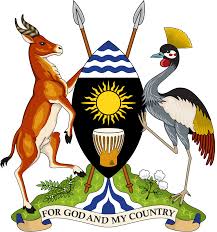 Ministry of Health has written to Finance Ministry seeking a certificate of financial implications after it amended some of the controversial clauses to the National Health Insurance Scheme (NHIS).
The certificate of financial implications shows that there are funds for the implementation of the Bill once it has been passed into law and it is a requirement before any Bill is tabled in Parliament for first reading.

The National Health Insurance Bill 2007, was hatched about 13 years ago and up to date has not been tabled in Parliament.
The Bill seeks, among others, to lower the cost and improve the quality, safety, and efficiency of healthcare in Uganda.
However, if passed into law, the Bill will make it mandatory for civil servants and formally employed Ugandans to make contributions to a National Social Health Insurance (SHI) Scheme.

A letter to the Permanent Secretary and Secretary to the Treasury, Mr Keith Muhakanizi seen by Daily Monitor, indicates that an amendment where only 10 per cent of the indigents or poor people will first be enrolled to benefit from the NHIS as opposed to an earlier proposal to register all the seven million people.
The proposed amendments by the Ministry of Finance also introduce 1 percent deductions from the pensioners’ monthly salary and Shs100,000 annual contributions for the self-employed in the informal sector.

The Shs100,000 annual contribution for the self-employed however is likely to attract debate since they are subjected to other taxes.
Under option One, which is the most viable, the formal sector contribution will be maintained at eight percent.
According to the letter, both the employer and the employee will be contributing 4 per cent of their monthly earnings to the scheme and an additional 4 per cent contribution by their employers and 1 per cent of the pensioner’s pension, while the self-employed like boda boda riders will contribute 100,000 annually.
It also indicated that up to 10 per cent of the indigents are to be enrolled each year.

Indigents are people who earn less than two dollars a day and constitute about 19 per cent of Uganda’s total population.
“The government requirement as a contribution for civil servants is an average of Shs23 billion, due to the cumulative costs of indigents; the scheme will have average annual negative reserves of Shs34 billion in the average medium term necessitating an equivalent in form of subsidies from government,” the letter reads in part.

“This letter serves to provide clarifications on the issues you raised and to request for a certificate of financial implications,” indicates the letter signed by the Permanent Secretary to Health Ministry, Dr Diana Atwine.

In an interview, Mr Richard Kabagambe, the Assistant Commissioner Budget and Finance in the Ministry told Daily Monitor that government will also make 4 per cent contribution for the civil servants, who will also contribute 4 per cent off their salaries.
Mr Kabagambe said the first option of 8 per cent contribution of formal sector and 10 per cent enrolment of the poor people is most suitable.
However, he said the criteria of determining the 7 million people, who will benefit under the compulsory health insurance scheme as poorest or indigents, will be challenging.

The letter indicates that the scheme will be implemented in a phased manner where civil servants, who represent 1 per cent of the population and up to four dependants and pensioners (0.2) of the population, will enrol into the social health insurance in the first year of implementation.

Once enacted by Parliament, the legislation will ensure financial access to affordable, equitable and quality healthcare services progressively to all residents in an efficient manner.

However, earlier attempts by the Health Ministry to acquire a certificate of clearance for the National Health Insurance Bill, 2014 were unsuccessful.
On refusal to grant a certificate, Mr Jim Mugunga, the Ministry of Finance spokesperson, said the ministry does not issue certificates of financial implication as a matter of routine but it is rather after serious consideration, reconciliation of other commitments and availability of resources and ultimate financial implications on the treasury and taxpayer.

Save for Health Uganda (SHU)